Aspire aim to take their Cleito range to new levels with their Pro upgrades.  Does the Cleito pro 120 really make the step up or does it lose its way? 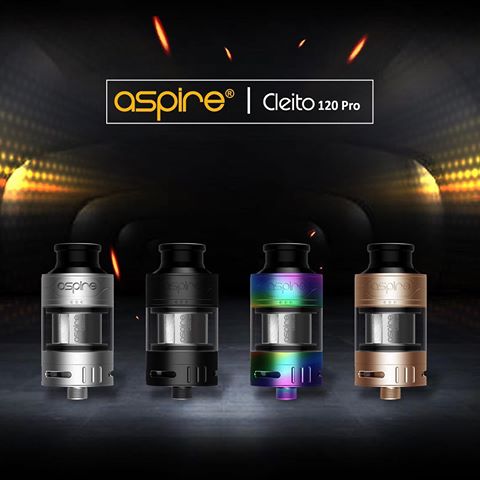 The Cleito series are arguably the biggest selling sub ohm tank since the birth of the original Aspire Atlantis.  Everybody had a Cleito or Cleito 120, I even used both over the past 2 years.  It really was a tank that delivered performance flavour and reliability, a rare thing in the market today.  So I was excited to try out the Cleito 120 pro, surely the upgrade on a tank that got almost everything right would be a game changer?  Before we get into that, let’s go through the details.

The Cleito pro 120 comes in 2 capacities, 2 mil TPD and 3 mil standard capacity with spare glass to same volume.  The tank is a 25 mm tank with bottom adjustable airflow and a new top fill mechanism.  The top ring pulls off revealing a side fill hole rather than a top designed one for easier filling.  It has a semi replaceable drip tip, with the existing one screwing out rather than slotting in, which also reveals a second way to fill the tank.  The top screw drip tip also serves to attach the glass to the base much like the old top cap, with the fill hole removing the need to dismantle the tank to fill.  The tank has a mesh coil provided which aims to improve flavour from the original coil design albiet at a lower wattage compared to the 120 coil. 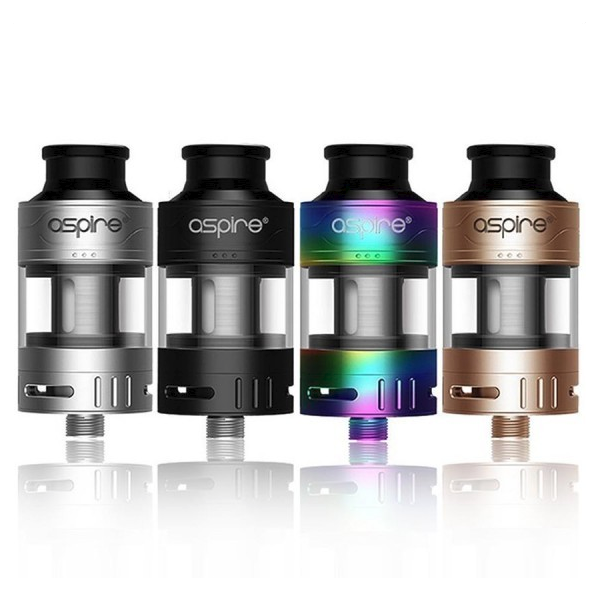 I was a massive fan of the Cleito range before hand so my user experience was perfect to compare the two tanks in terms of quality and design.  The former was a reliable tank and I loved the coils getting 2 weeks minimum from each.  So how does the pro version compare?  In all honesty it is …………well, different.  The big pro for me off the bat is the new fill mechanism replacing the top screw of the original version.  How many people screwed the entire top off to fill the tank rather than just the top cap?  I am guessing I am not alone with that!  So replacing that with a side design is a step up from the original and makes the tank much easier to use.  The next pro for me is the mesh coils.  The flavour is fantastic from them it has to be said, very comparable to the top end single mesh coils on the market today.  However in my experience you get a Aspire Spin on the coil, with rather than a big pop of flavour diminishing over time, the flavour is a little less than something like the falcon but much more steady and constant over time.  I have been vaping the mesh coil now for a week and a half and the flavour is still the same as when it first broke in, so a big plus there.  Another pro away from the tank itself is the coils being compatible with the old version also and visa versa.  This is a major plus as Aspire are catering the coil rather than the tank making the pro simply an alternative to vapers who want the same tank but with a more metallic and less glass design.  It is rare to see a company take that route, most would prefer to burn the ground of their old design. It has to be a positive also that it sits on a 25mm design and is much smaller in height to the original, making the tank more compact and therefore easier to use on different mods where I felt the original was quite tall in comparison. 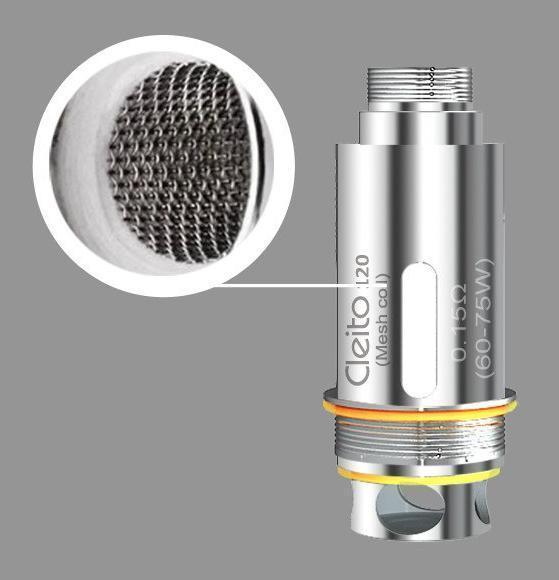 There are 3 cons with the tank, so a heads up on that front.  The first is the fill well being very misleading for me personally.  You can fill more liquid than the hole but there is no indicator as to how much more.  Plus with it being a side hole , if the ring is not in place then the liquid can pour out of the side if not straight up.  The second con has to be the none replaceable drip tip preventing customisation of the tank.  I know there is another tank with this design coming to market that child proofs the tank but gives an option to use normal drip tips in there also.  So Aspire not allowing this in their design is going to be a con for some people who like their own drip tip.  The final con for me is the biggest one, which is easily remedied at the same time.  The mesh coil drinks the liquid quite a lot, probably one of the quickest I have ever experienced.  Vaping casually on a dinner break for example and the tank would be empty by the time I went back to work.  That is down to the small 2mil capacity so you can easily remedy this with the bubble glass that is out for it, or simply by getting the 3mil capacity tank.

Throughout this review I have been comparing this version to the old one of the Cleito 120 and for good reason.  In all honesty this tank does not feel like a new release from Aspire but simply a re-imagined one to offer a different option for fans.  The tank feels much more solid now it isn’t 80% glass which improves durability and the fill design is better for ease of use.  Side by side I would honestly say this version is better for those reasons, even if it does take away the unique look of the original version.  Hopefully Aspire do pursue this further and bring out increased power mesh coils for the 120 because at only around 65-70w it feels like you are doing the tank injustice by not putting more power through it in comparison with the normal Cleito (pro) version.  Overall, you are getting the same tank with both coils but simply a design difference.  If you have never used a Cleito 120 pro before, the best way I can recommend this tank to you is a very well made and high performing solid vaping experience.  I must have spent over a year combined vaping time using the old Cleito tanks and can see myself putting similar time through the Cleito 120 pro.  It simply is a very well made tank that offers performance and flavour almost guaranteed.

A re-imagined classic, the Cleito 120 pro is not a game changer in its own right, simply a new way to experience the fantastic performance of one of the biggest selling tanks of all time

8.8 Total Score
A Reimagined Classic that Looks to improve on itself

The Cleito 120 Pro is a fantastic alternative to the old design of these range of tanks. It provides improved durability, improved filling and a much more universal design. If you were a fan of the Clieto 120 then this would be a great addition to your collection.