Have Aspire pulled a rabbit out of the hat or does the Dynamo leave you feeling like you can see the string still attached?

2018 has been quite a subdued year for Aspire in reality.  The company that brought the Atlantis, the Cleito, the Skystar and the nautilus over the years has went with only a few new ideas.  Until now the highlight was the Feedlink back in April, but the Dynamo represents their next big launch in the market and their first big release since the Skystar for boxed mods.  Aspire’s biggest dual 21700/20700 device with a big colourful screen, the next big hit for Aspire or does it get lost in the sea of devices out there already?  Before we get into that, let’s go through all the details. 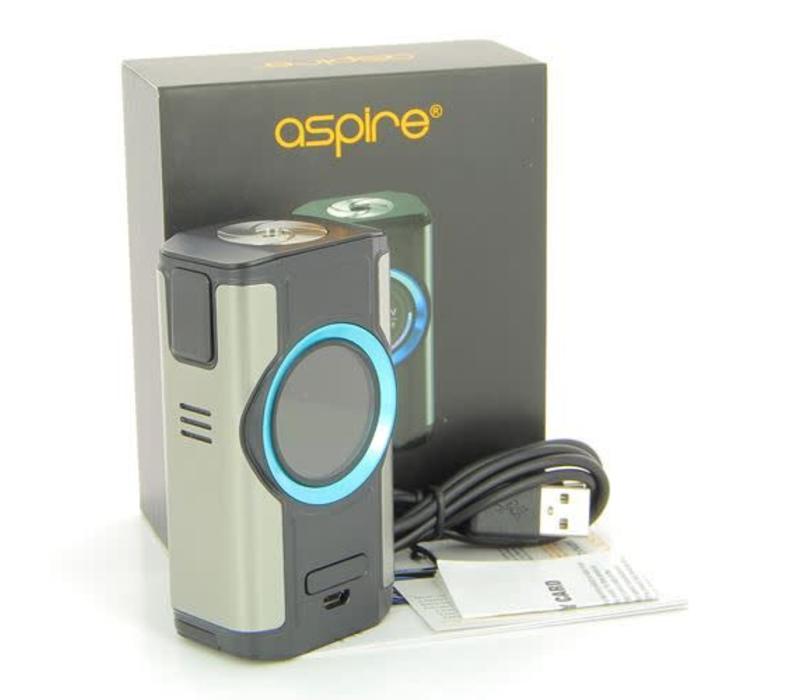 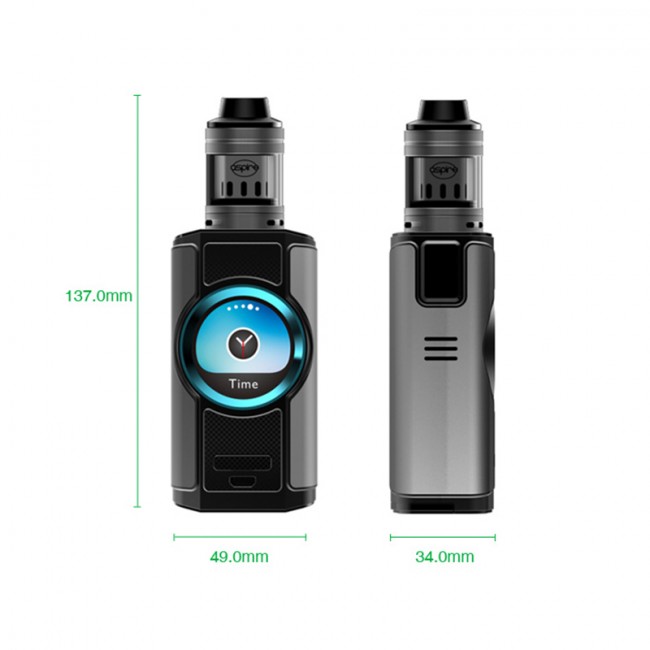 About the Aspire Dynamo

The Dynamo is a dual 21700/20700 device (18650 with battery adaptor) capable of firing up to 220w as standard.  It is a rounded box shaped design with a big round colour screen sitting in the middle of the device.  It has a side fire button and two navigation buttons placed under the screen along with a USB port.  The batteries are protected by a bottom hinge battery door and it comes with an orange battery adaptor if you chose to use 18650 in the device.  The device is big enough on top to fit up to 30mm tanks without overhang with a centred 510 spring loaded pin.  The mod is both a plastic and metal design with plastic front/back/top/bottom with metal plates either side of the screen to cover the sides.

The menu system can be found by holding the right navigation button and pressing the fire button simultaneously to bring up the menu.  Here you will find the different modes- Watt/Voltage/Bypass/TC TCR/CPS, data which allows you to select TCR and CPS options as well as preheat coil options.  System gives you options to change time out/vaping time and the usual options found in there and time allows you to select both the time and the screen UI from a good choice of options.  Finally the about gives you product information and QR code.  The screen saver appears after a time out has occurred and show the clock and date.  The screen itself has two different looks, the first has 2 coloured bars to indicate battery life, Watts, Mode, Voltage, Ohms and amps.  The second screen changes to an all orange bar which indicate vaping time.  3 clicks of the fire button enters stealth mode and 5 clicks locks the device, with a holding of both navigation buttons gives the option to lock them also to prevent watt changes. 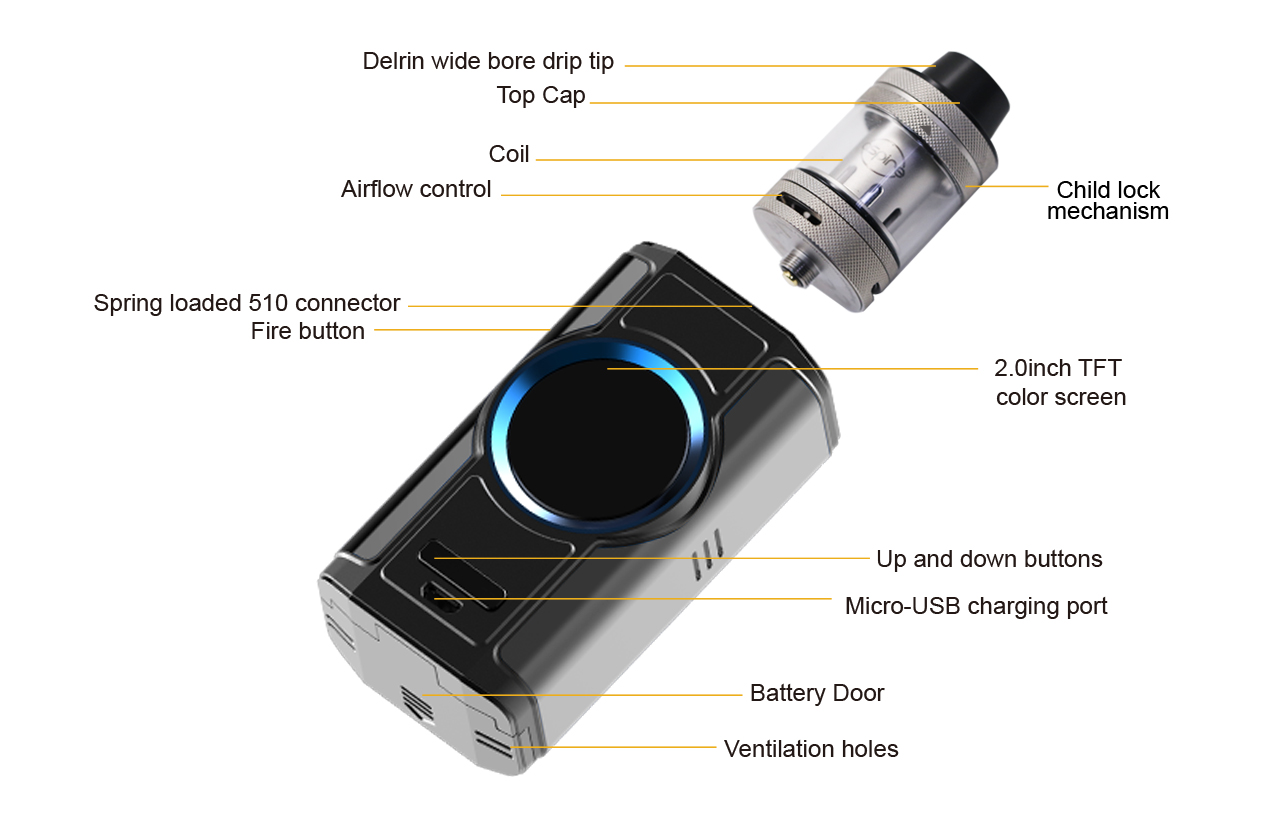 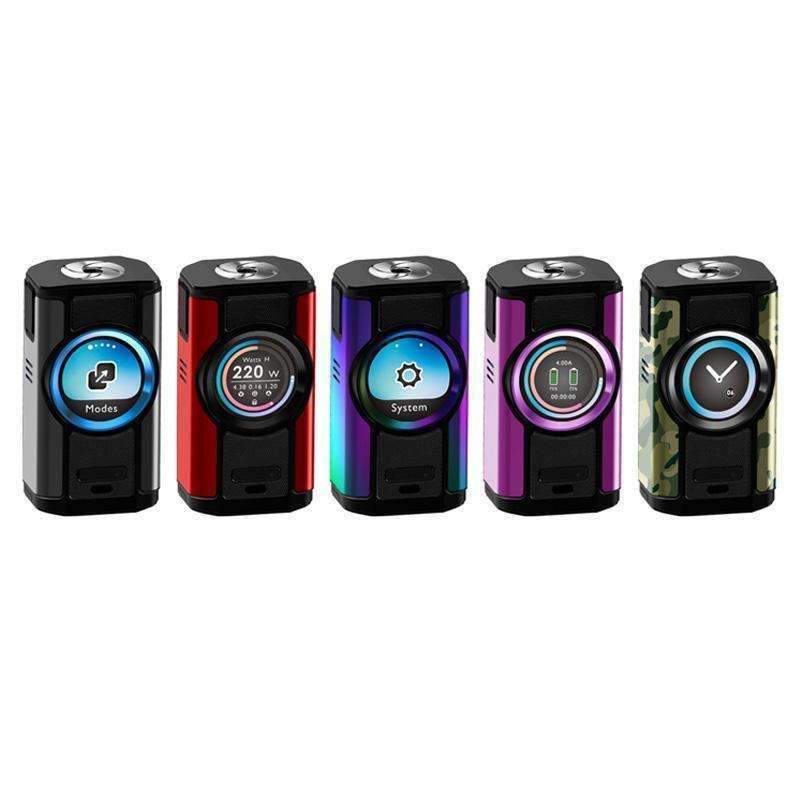 Now, where to begin?  The first pro for me has to be the screen, it is an absolutely lovely clear display with the varied displays across from it.  The clock on the screen saver is a great touch similar to the Skystar and the menu systems are colourful as well.  So the device displays information quite well and to some extent, clear without overcomplicating things too much.  The device itself is very reasonably weighted, the design is very comfortable to hold and despite the bigger batteries, it doesn’t feel too heavy to hold in the hand.  It is clear that a lot of design went into this to ensure it doesn’t weigh you down and it does show.  Similar to the design, the colours on the device look really nice, I picked up a red version but there are different colour schemes available which all look great.  The device performs really well, quick firing speed and accurate recordings and no misfires or delays within the OS so it compares very favourably with other devices on the market. The 510 placing on the top is another pro as not many mainstream mods allow such a bigger space for bigger atomisers these days which means the Dynamo can not only offer the option of bigger batteries, but bigger tanks too, plenty of options for vapers out there.  The menu system is very easy to use, with a simple two button press to access and no time out like other devices on the market.  It will show the screen saver and upon pressing again, will remain where you left off.  So another nice touch by Aspire there to make it really streamlined to use, holding the fire button takes you back out the menu afterwards.  The battery hinge door is nice and secure on the bottom fort another pro, there is no slippage whatsoever and similarly the device does not have any battery rattle inside either. 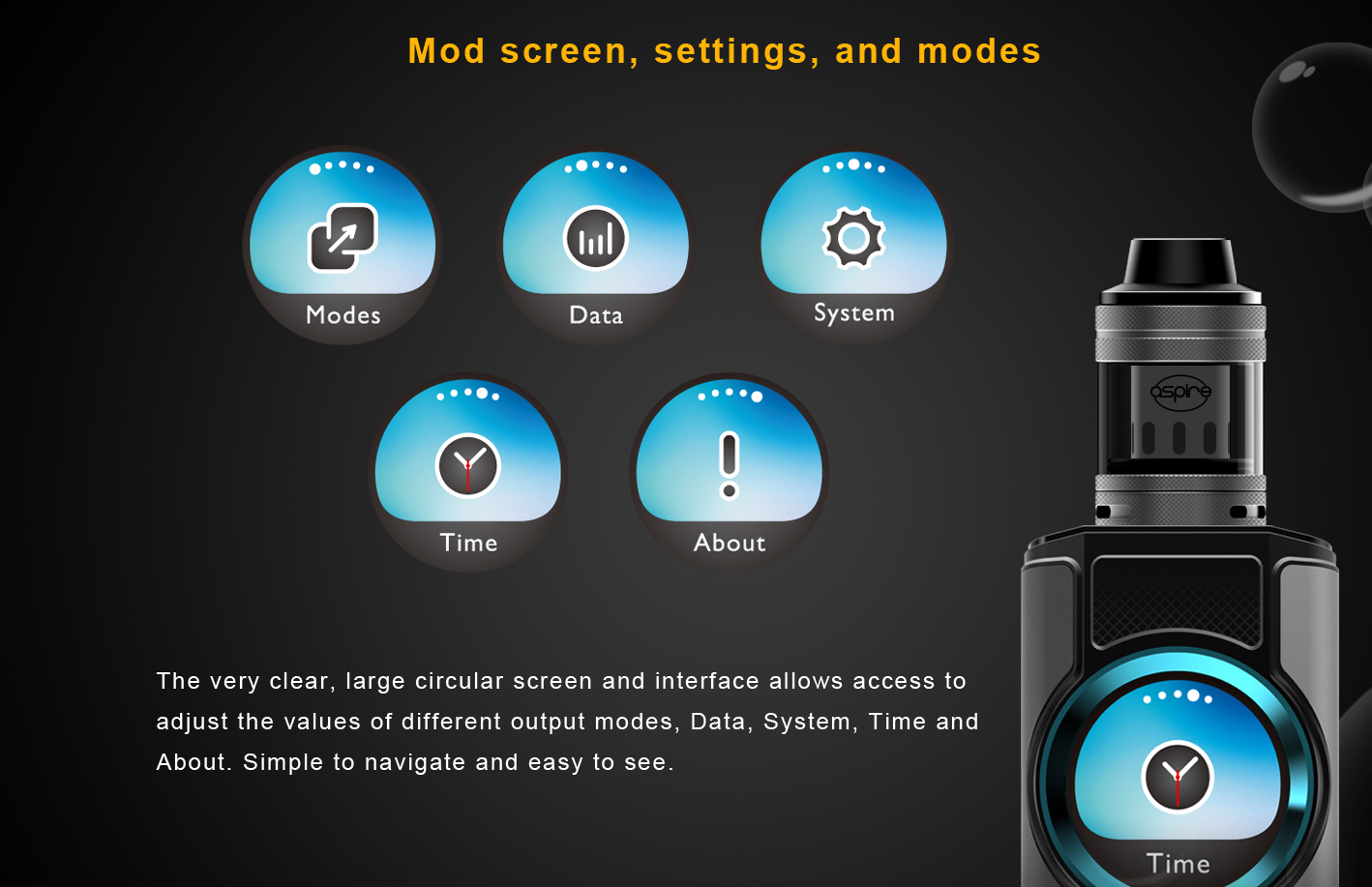 This is the part that it gets a little interesting for me, unfortunately.  The first con for me is the fact that the device does not have a shut down option whatsoever.  Normally this would not be a bad thing, for example the Skystar delivered this really well in powering down to be instant to turn on again.  However what I have found with the Dynamo is that left for a long period of time and you do get battery drainage from this feature.  Around 25% of the battery in only 24 hours simply for being in a power low state which is a little disappointing after the excellent Skystar version of this.  Following on from this point, the battery life for a pair 0f 21700 is actually not that great going by the battery indicators.  You can normally half drain the batteries with only around 3-4 hours of usage which isn’t bad but it pales in comparison to other devices on the market.  You will be replacing the batteries every day with the dynamo, and even finding yourself taking the batteries out altogether when not in use overnight to prevent any more battery drain.  The screen systems although beautiful, are a little convoluted at times, with a lot of changing information on each screen making it hard to keep up with at first.  From idle to vaping you can effectively change screen to 3 different ones, all displaying different information on them which is a little too much for a vaping device in my opinion.  The final negative I will say is that the fire button has a clicky effect upon touch.  It does have a press in design so it will not misfire but the button does feel a little too clicky for me, a slight clicking rattle is the best way I can describe it without experiencing it first hand.  It is a little off putting compared to stronger button types out on the market today. 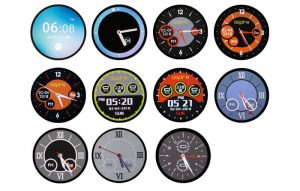 Personally I was a massive fan of the Skystar previously.  To this day it is still probably one of my favourite mods from the ease of use to the way things just worked.  The dynamo, it’s not quite there which did disappoint me.  I am a massive fan of Aspire, ever since I bought my first nautilus tank and I did have an air of excitement waiting for this to arrive but I just didn’t get along with it much.  That is not to say the Dynamo is a bad device, far from it.  It is a solid and well made device which works really well and gives plenty of options for customisation and battery/tank sizes.  It feels good and looks good at the same time, it just lacks the wow factor that I was hoping it was going to have.  Aspire have track record for making excellent devices and this just falls short of that.  It is still well worth your attention if you like the design and want a device to run bigger batteries but for me personally, all I can say is that it is not better than the Skystar.

Sadly not the Prestige for Aspire but a very good turn.  The dynamo isn’t magic but it still will give you a sense of joy and wonder with its display and performance.

7.9 Total Score
Aspire's Magic is dazzling but not unforgettable

the Aspire Dynamo is a very good solid device that performs well and looks beautiful. However it's main flaws come from certain things not being refined and the battery life is sadly lacking. 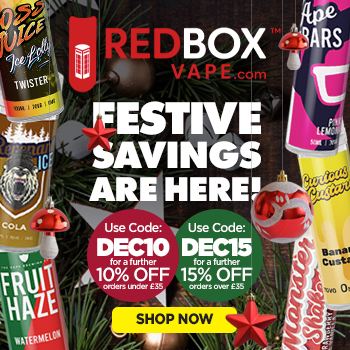