A blast from the past, has Joyetech brought something back that could change the future?

What is the Joyetech Exceed NC Kit 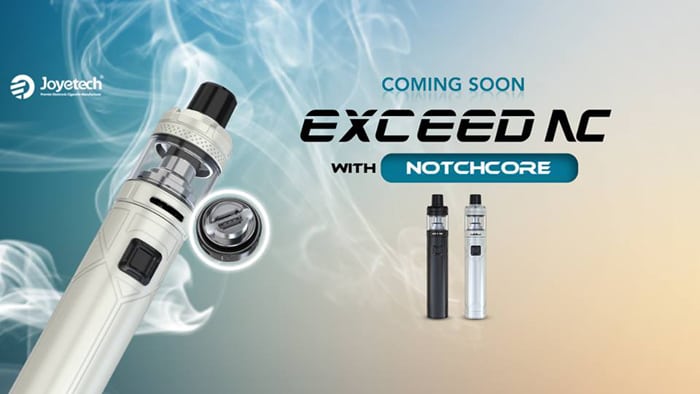 If you go back about 2 years ago, there was something called a notch core coil that was developed, designed for low power vaping for rebuildables.  It never really took off as such and quietly has never really been mentioned since.  Back then the idea was sound but the execution was never great, they were too big, too airy and had all sorts of little issues.  Joyetech have taken them and turned them into something very niche, but something that could potentially push into a new way of approaching stock/RTA tanks.  Before we get into that, what do you get inside the box? 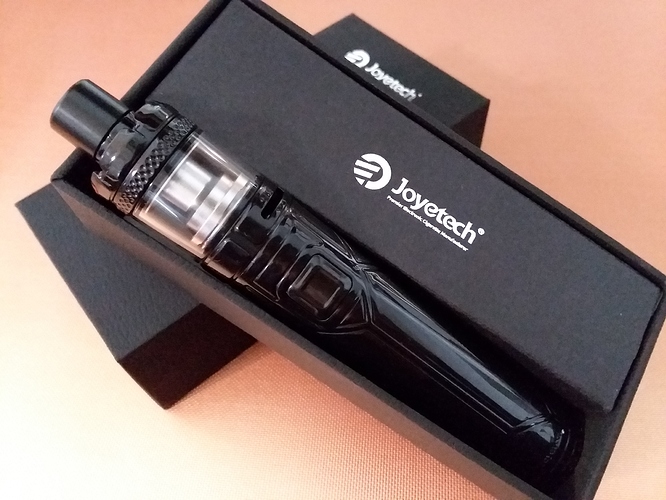 About the Joyetech Exceed NC Kit

The Joyetech Exceed NC kit is a stick style device measuring at 122mm tall.  It comes with a bottom internal battery and a top sub ohm tank.  The mod is a 2300 mAh battery with USB charging as standard.  It has a front firing button and opposite to it on the back, a usb port for charging.  It comes with a nice design etched onto the mod, and is made out of a metallic framework (exact information is hard to find).  Either way it feels well made and strong with no scratching on the mod with regular use thus far.  The device has two output modes, direct output (white) and fixed voltage (orange) indicated by the light featured behind the fire button.  The modes are activated by shutting the device off and holding the fire button for around 5-6 second before then turning the device back on.  The device works with 5 click of the button for on and off with no lock device option designed.  Charging time for the battery I found to be around 2-3 hours, however there is no battery indicator on the mod to know when the battery is low.  Power from the battery is around 25w with a little extra in direct output that maintains until the battery is empty in which the device will simply stop firing. 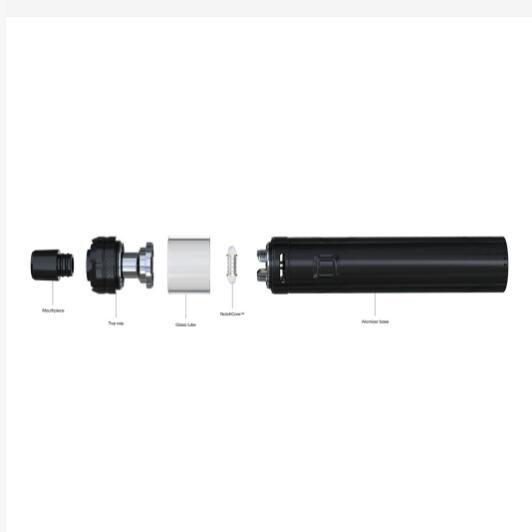 The Notch Core tank is quite a small tank to fit the small profile of the kit.  The tank has adjustable bottom airflow, with a top fill slide mechanism very similar to the Fireluke mesh pro in terms of a little red indicator.  The fill hole is a kidney shaped hole as seems to be standard and the tank has a total of 2.5 mil capacity.  The interesting idea with the tank however is where the NC in the kit’s name comes from.  The tank does not take standard stock coils, instead has actual wicked notch coils to insert into the base.  The bottom of the tank has a gold plated hole in which a wicked notch coil can simply be snapped into place.  There are no screws or posts of any kind, there isn’t even a spring loaded contraption.  Simply click the coil into place and the coil is ready.  The coils come in at around 0.45 ohms designed for low power vaping

This kit is a little surprising to be honest.  On one hand it seems to in its own little market but potentially the idea here is a lot bigger than the device itself.  The notch core coils offer something completely different to anything else on the market, with the potential as mentioned earlier, of revolutionising the stock tank/RTA market.  As a simple sub ohm kit, this would be ideal for someone looking to move from MTL to DL vaping without the massive power jump in the coils.  The device can be used both as MTL and as DL depending on how you feel comfortable and high VG liquids can provide more cloud than you usually would find at such a low power level.  The only drawback to the coils is that the flavour is very much muted compared to a powerful sub ohm and i think the power has something to do with that.  Ideally the device would have been perfect with a 3000 mAh battery and perhaps just 10w more on the coils to get a little bit extra from it.  The kit does feel a little on the safe side rather than trying to push it to the full potential.  Another con for me is the lights on the device being a little poor.  The lights can be invisible in daylight and once the battery starts to drop you get the light dimming to the point where it is hard to see.  I think it would have been a better option to use a light indicator for the battery rather than a brightness indicator. 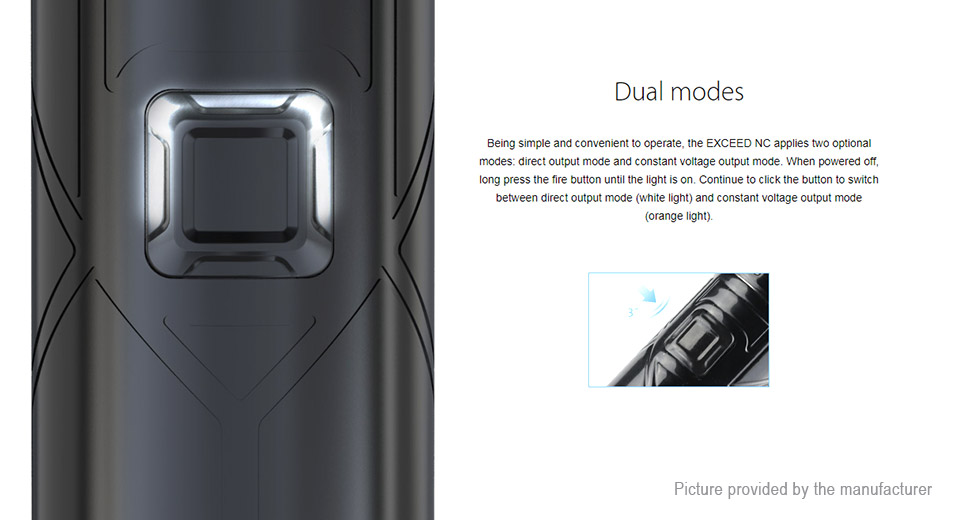 This could well be the start of something special is Joyetech decide to run with the idea properly.  The tank is a great go between stock and RTA with the ability to re wick as required before moving onto adding own coils onto different devices.  If the idea is implemented fully then potentially you could see this getting bigger and better as time went on, not to mention the cheaper coil potential due to lack of manufacturing required.  If you want something that will hit a nice middle ground between the two or want to move from MTL to DL then this would be perfect for you to take baby steps towards it.  The price point initially is a little high however but if you can get this for around £30 it is a well made device with a niche idea that could well be ideal for you.

This review was brought to you by Chris Ashton

A well made little device that has real potential in the future as well as offering something fairly solid now. The kit is a starter sub ohm / rebuildable tank and the battery will last you most of the day. It isn't for the flavour chasers, but this deivce can be great at offering a go between vaping styles if the price is right.