Vaptio have stepped away from their superhero range and have brought something designed for anyone to use.  However does the Tyro provide the perfect kit for beginners or does it oversimplify itself far too much?

It is fair to say Vaptio are one of those companies that can provide really high quality devices that almost compete with the big hitters in the market.  From their superhero range to simple mods such as the Vex, they perform well, have a decent chip inside and most importantly vape well.  Looking back, they seem to have a rather unique approach to releasing products, from the over extravagant super cape and capt’n to the very basic mod designs.  The Tyro falls into the latter category but it offers to bring something to the table that very few ever really get right.  Does the Tyro really prove to be a hidden gem?  Before we get into all of that, let’s get into the details first.

About the Vaptio Tyro

The Tyro aims to be an all in one kit, to offer vapers everything they could want from their kit.  The device is a 1500 mAh internal battery device chargeable via USB port. Featured on the mod.  It has a front square fire button that comes with 2 light colours, white for charged, blue for half power and red for low power.  The device has a Max wattage of 25w and auto adjusts to the coil used to optimise vaping power to the coil.

The tank part of the device is connected to the mod and comes in with a 2 mil capacity.  The tank has a replaceable 510 drip tip and comes with 2 Cosmo coils, the 1.6 ohm MTL coil and the 0.7 ohm DL coil.  The filling mechanism is a side fill style at the top of the tank part with a V to indicate closed and a turn to reveal the fill hole.  The air holes operate in a similar style with turning the base of the tank revealing both MTL air holes and DL wide options.  To insert the coil, simple unscrew the top tank part and screw the coil directly into the top of the mod.

Going into such a basic device it is easy to forget that the build quality is sometimes lacking for the experience of the cheap AIO kit.  However not in this case and the kit feels solid, well made and sturdy.  The whole thing is metallic and has a lovely weight to it, although not the smallest stick style on the market it certainly feels well made.  The mod is very responsive with the power hitting harder at DL and still offering a solid output for MTL and it fires fast.  The 1500 mAh works well with the MTL coil giving you an all day device when used as intended.  The capacity works in a similar vein with the 2mil lasting a good while when used for sparing hits.  I am a big fan of the fill hole locking mechanism with the little V to indicate closed, a simple feature but it does offer that little extra confirmation that the tank is locked back up so certainly a plus point for that.  The fact it is a replaceable drip tip is another pro because it could have been easier to lock that part down for the idea of the AIO kit but giving you the option to change is always a positive.  The charge time of around 90 minutes is another pro for me simply as it makes the kit more efficient to charge compared to others on the market.

Moving into the coils now and the flavour from the DL coil especially is fantastic and matches quite a lot of other sub ohm tanks on the market today.  You get a lovely crisp delivery of flavour that really stands out when compared to the subdued MTL as you would expect with the kit taking full advantage of the airflow despite the small coil profile.  Juice consumption is pretty good with the MTL draining less but the DL coil still making the juice last a lot longer due to the lower power compared to more powerful tanks out there.  Finally it is worth mentioning that the kit also takes Nautilus coils, which is a major pro for someone who wants some of the best MTL coils on the market to put in their AIO kit. 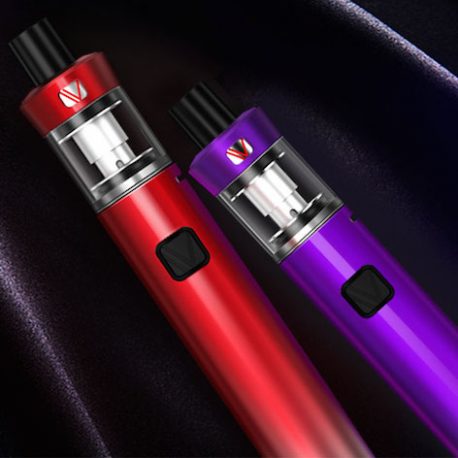 The first con for me is going to be the light indicator being a little off balance in my experience.  The red low battery doesn’t last long at all and chances are you are going to have to guess when the battery is about to drop to that level before you recharge, which is an annoyance more than anything.  The next con for me is going to be the smaller battery capacity despite the dual device usage.  Battery life is good don’t get me wrong but I would have preferred maybe a 2000 mAh battery simply to counter balance to DL coil provided and give that extra bit of life out of it.

Moving onto the top half and the first con for me is really just a frivolous one, the all in one tank design.  Being attached to the base isn’t an issue per ce but at first it is easy to turn it in the wrong place and remove the tank altogether rather than adjust the air holes.  Not a major issue and you soon learn where the right spot is but it is a learning curve issue rather than a fault.  Being an almost side fill style is a little bit more awkward and I know some people may be put off by that style.  Again it isn’t a major flaw but down to personal preference.

There seems to be a slowly growing market for devices like the Tyro so it is quite a surprise to find this is probably one of the best ones on the marker for me right now.  The device may not be perfect in the general sense but for a new vaper at the right price, this could have a real draw to it.  It is simple to use, great flavour, battery life performs really well at MTL and even at DL it still overs several hours of vaping time.  I honestly think that this is going to be quite popular on the market and rightly so, perhaps one of Vaptio’s best devices to date and that is telling you something! Would I recommend this?  Certainly, if you want an AIO kit that performs well and will last you all day if used irregularly.  Just make sure the price is right as the DL coil is never going to match the big hitters.

Vaptio are continuing to bring quality to their products.  The Tyro, may be simple in name but it could well be a perfect partner for someone starting out or who wants something, well, simple.

Vaptio have brought a very high quality kit here that offers both DL and MTL vaping at the same time. Simple to use, high performance and offering two different styles, Vaptio may well have brought a winner to the market here. 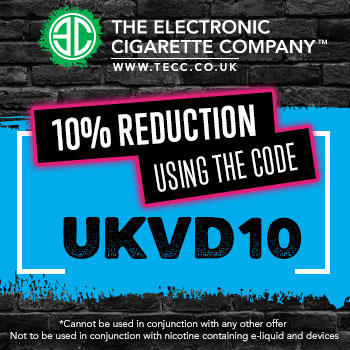 UK Vape Deals is the biggest UK Vaping deals blog website where the public find and list the cheapest & best Vape Deals, discount codes and vouchers for E-Liquid and vape products for December, 2022 from around the UK. All  the latest vaping deals in one place. UK Vape Deals does not sell products direct, each product is sold by various businesses that offer exclusive and non-exclusive deals. Please click on links at your own risk. Come and grab some Vape Bargains today.